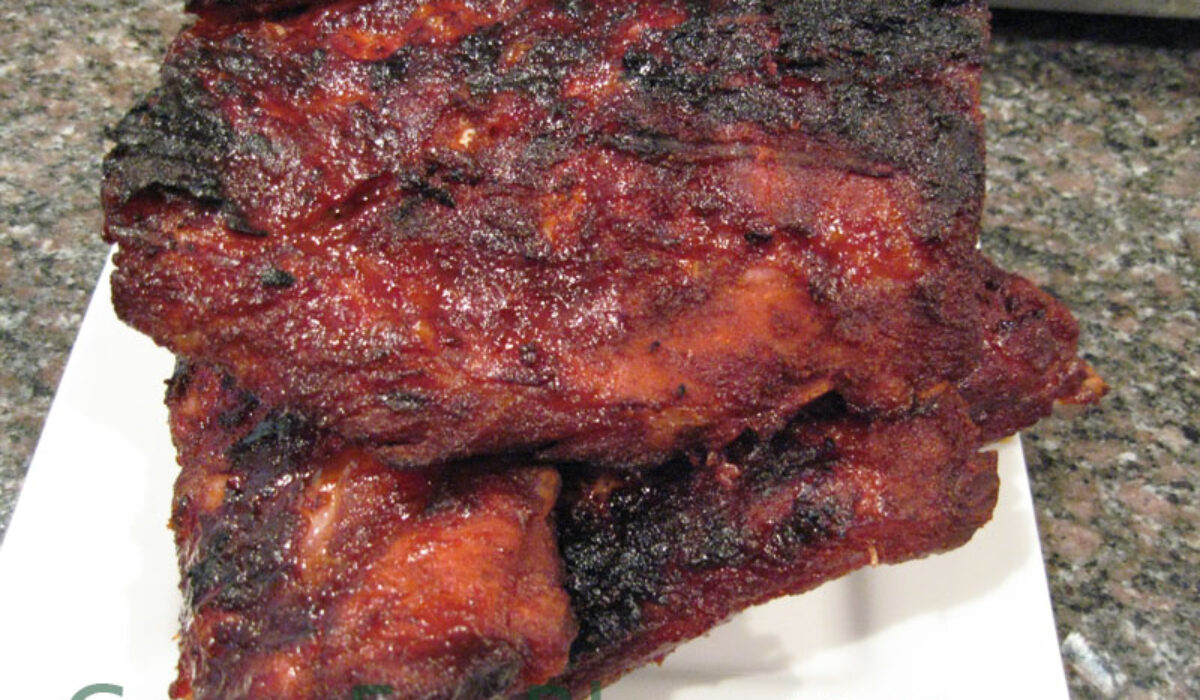 So I was digging through my old archives of images to find some of my Big Green Egg shots – little did I know just how many shots of the Egg or the food from the Egg I had taken over the years. I gathered up over 400 images before I just gave up on it. But I wanted to share with you images from what may possibly be the first batch of ribs I ever cooked on the Egg (Egg #1), which I got back in 2007. Man, did I mess these ribs up. Granted, they were probably still pretty tasty, but they were all sorts of messed up.

The second thing I messed up on was the rub. I must have gone through 20+ rib cooks before I found my perfect formula – and I can tell you it doesn’t involve rub. My ribs are now pure – no rub, mustard or even sauce. They don’t need anything when they are cooked on the Big Green Egg. I also experimented with mustard and rub – and that was no bueno either. Pictures of that to come too.

I didn’t find any pictures of the actual cooking, but you can bet that I messed that up as well. But here’s the kicker: I apparently thought that adding honey to the ribs would be a good idea.

What was I thinking? I so screwed up those ribs. But even with all my fluff that I tried to add, the Big Green Egg still came through and cooked them perfectly.

Do you have a epic BGE fail to share? If so, let me know below – would love to hear how others have jacked up cooking on the Big Green Egg. More of my stories to come as I dig through the archives – there was a lot of testing and learning going on!