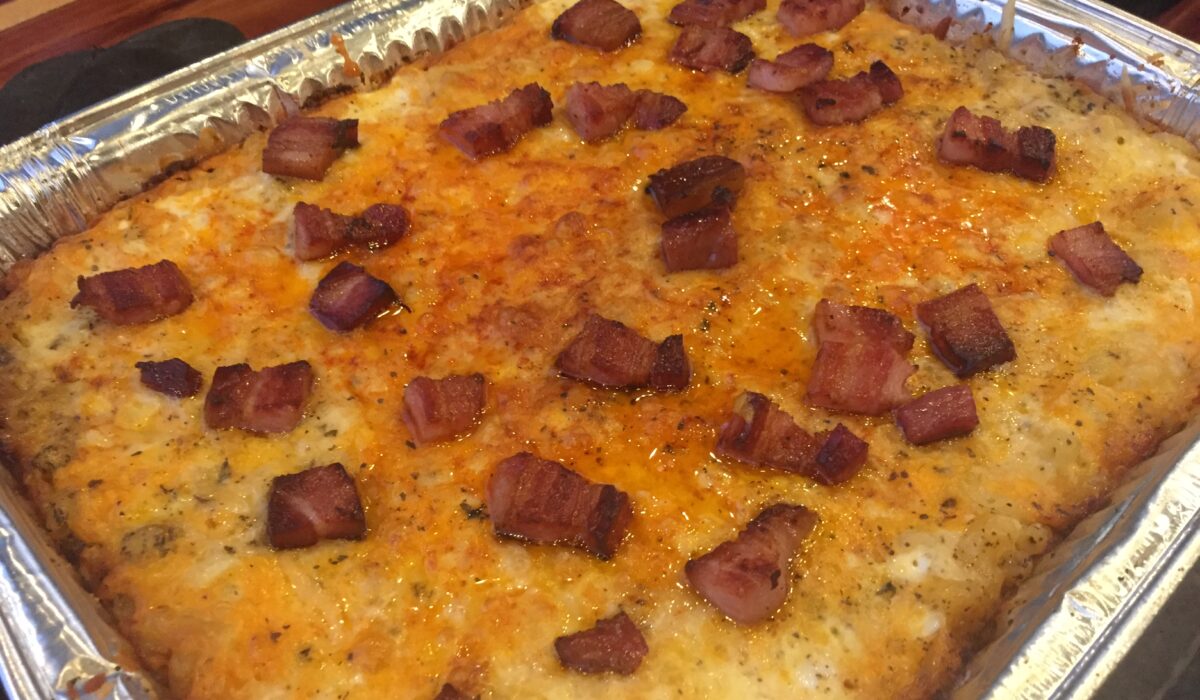 In our house, we always have Mac & Cheese around due to the fact that we have a toddler running around. But after seeing Jeff’s Ultimate 5 Cheese Mac & Cheese recipe, I decided I wanted to create my own that I would smoke on the egg. This version of the recipe is not for the faint of heart and is not a “light” dish – almost 5lbs of cheese to 2lbs of pasta – plus sausage or bacon. You won’t regret making it for a second though.