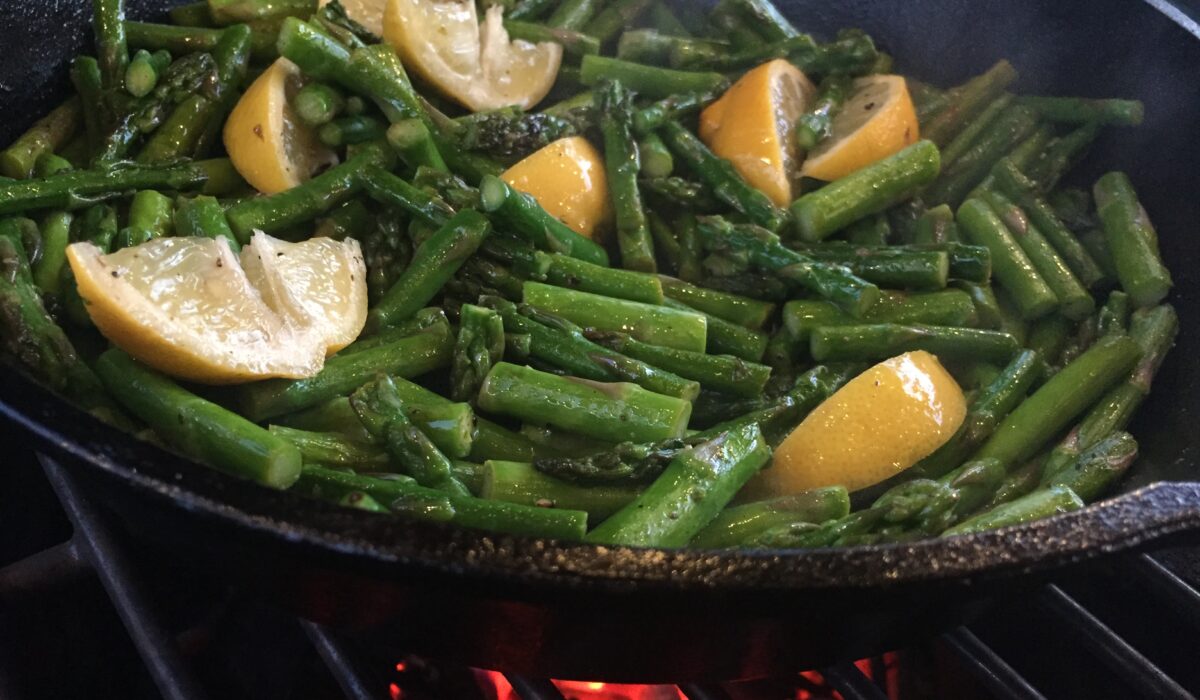 This recipe contains only (5) ingredients and (2) of those are salt & pepper – so when I say this is a crazy easy and crazy good recipe to try out, I mean it! I whipped this up on a Monday night in about 30 minutes and that included lighting and bringing the small BGE up to temperature.

To get started – light your egg and bring the temp up to 400-450. Then hold there and place your cast iron on the grid (direct). I was using the small egg which has some air flow challenges – so when I bring mine to 450 and then put a cast iron pan on it – the temp drops down to 350 and that’s what you are shooting for as well.

Get the cast iron pan hot and then put in some lemon olive oil, the asparagus, salt and pepper to taste and stir. Shut the lid and what a few minutes – after about 5 minutes, throw in your chopped lemons as well and stir again. Then shut the lid at let go another 5-10 minutes. I let mine go a little long because I like the crispy bits of charred vegetables.