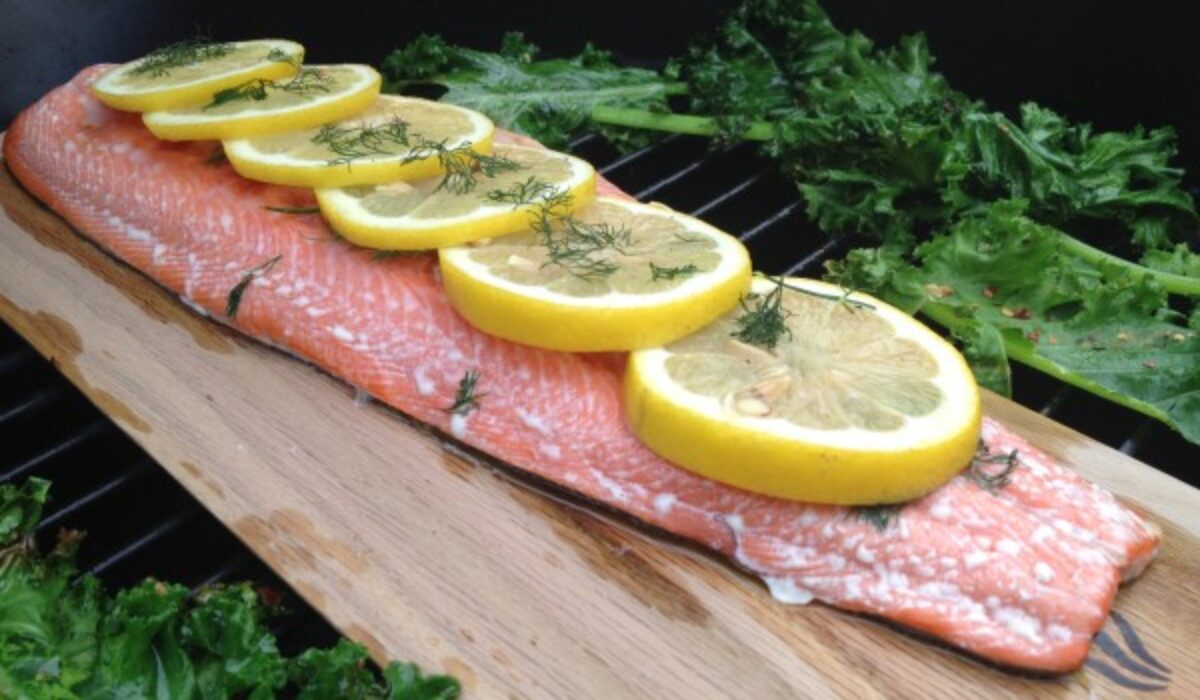 Short History of Plank Cooking: There are two schools of thought on where plank cooking originated – some believe that it originated with the Native Americans of the Pacific Northwest and others believe that it was a Scandinavian method bought over to America by early travelers. The earliest known documentation on plank cooking comes from the 1911 publication of the Boston Cooking School Cookbook and was written by Fannie Farmer. Interestingly enough, that recipe was for planked chicken and duchess potatoes, which I’ve never seen cooked on a plank, so I think that’s a new challenge to take on.

Plank cooking is dead on simple – meat, plank, fire. Anything else is just accoutrement or window dressing. But that’s the fun part – you can make it what you wish so long as you get the basics down.

BGE Setup: Set the Egg up for direct cooking – you don’t need any wood chunks or chips because of your plank – but it won’t hurt here either. Light the egg and bring the temperature up to 400-450 and then bring it down to hold steady around 300-350. Place your grill/grid on the fire ring and you are all set to go.

You can serve the salmon directly from the plank – just be sure to place the plank on a sheet tray because those ashy suckers will get stuff everywhere and no wife likes that.

Pro Tip: Save your planks from your cooks, rinse them once they cook and then use them as your lump/wood chunks on your next cook.

For my dinner – I also through on some kale from the garden. Super easy – just rinse, toss with olive oil, salt and crushed red pepper. Then as the salmon was finishing, I tossed the kale on the grill and let it crisp up – it’s done when it’s crispy enough for you.

Ready to get smoking!

Red Oak Planked Salmon Down on the BGE

Kale from the Big Green Egg